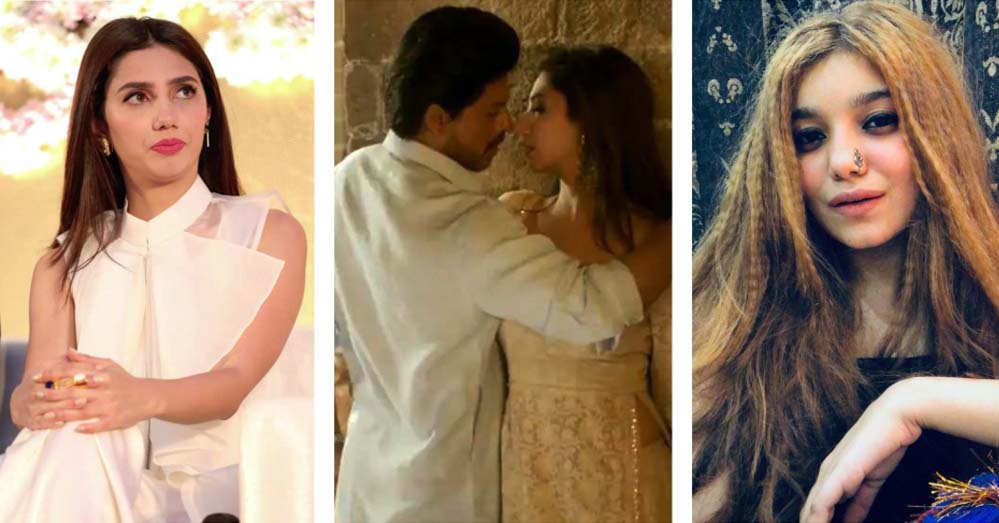 Here is another hilarious story that is going viral on the internet. The public enjoys it and appreciates the fashion stylist’s efforts to make netizens, who are frequently seen looking for reasons to tease others, especially our well-known celebrities, smile. It is a good thing to take such actions that did not cause harm to anyone and served as a catalyst for spreading joy throughout the community.

Due to the publication of her trailer and the film’s final day of release, for which she worked extremely hard with Fahad Mustafa, Ayesha Khan has been quite active over the past few months.

In the current state of Pakistan, their movie’s box office earnings of around twelve crores are a large sum of money. The first day of earnings were impressive, reaching up to six crores, demonstrating the passionate interest of our audience in locally produced films.

She was carrying out each and every action exactly as Mahira often does in various interviews and by speaking in public, particularly when it came to her preferred Bollywood actor Khan. We may claim that this girl did a mind-blowing job because she mimicked Mahira’s usual speaking style and mannerisms.

History has shown that many people have imitated the voices of other artists in their own works, and the differences between the voices are seldom audible. The same thing happened to Mahira when a fashion stylist named Ayesha Fatima imitated her, telling the audience that Mahira’s voice is very similar to hers. Ayesha Fatima also demonstrated her talent by reciting her interview dialogues aloud.

Do you believe Ayesha did a good job, or not? The video, did you like it? Please express your thoughts in the space provided below for comments. Thanks!