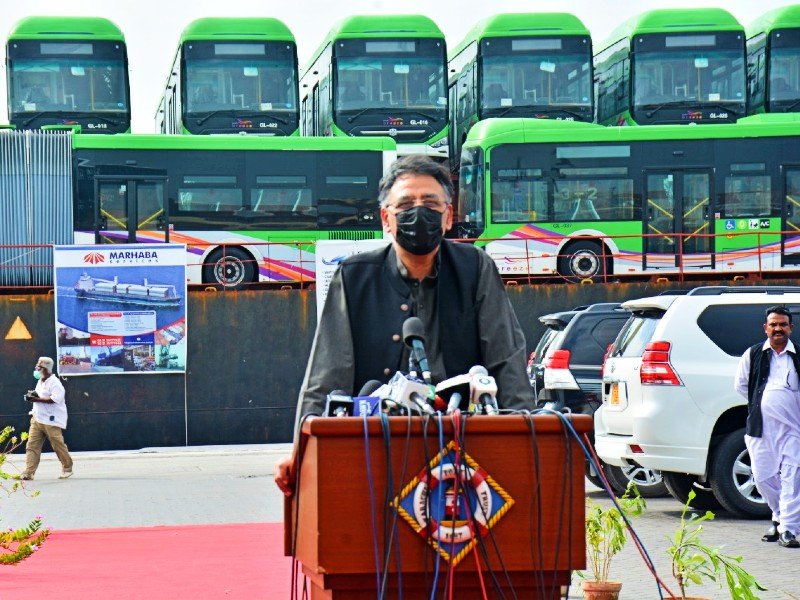 The test run would continue for at least one month before the launch of its commercial operation (opening for the public at large) in November. Prime Minister will launch the BRT project.

Sindh Governor Imran Ismail inspected the trial run and traveled on the BRT bus along with Pakistan Tehreek-e-Insaf (PTI) lawmakers.

“We have the first time traveled in a Green Bus today,” he said after inspecting the Green Line route, development project, and other issues.

Inside the Green Line buses in Karachi! The first trial run has been conducted today, and PM Imran Khan will inaugurate it soon. #PTIOwnsKarachi pic.twitter.com/ZCtJG4Az5s

He further said that another batch of 40 Green Line buses will reach Karachi on October 13.

“Hopefully the prime minister inaugurates the project within a one-and-half month,” Ismail said while talking to media during a visit to Karachi’s rapid transit Green Line bus project.

Karachi’s Green Line BRT project with intersections is 23 km long which includes 12.7 km elevated, 10.9 km at grade, and 422 meters underground, and has 25 stations.

Inside the Green Line buses in Karachi! The first trial run has been conducted today, and PM Imran Khan will inaugurate it soon. #PTIOwnsKarachi pic.twitter.com/ZCtJG4Az5s

The phase-II common corridor from Gurumandir up to Municipal Park with a length of 2.5 km has two underpasses at M.A Jinnah Road.

The state-of-art underground bus terminal with a parking facility and the commercial mezzanine floor was also constructed at the Numaish intersection.