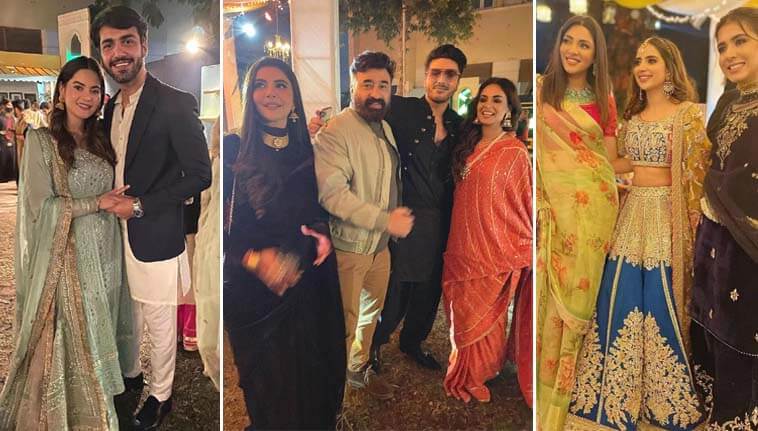 8th of January, 2022 Saboor Aly and Ali Ansari’s mehndi ceremony is being held with much enthusiasm. You’re probably aware that Saboor Aly and her actress sister Sajal Aly have a lot of entertainment friends. As a result, whenever a showbiz personality marries. All of the artists gather and enjoy the mehndi ceremony with tremendous zeal. Because every star is given the opportunity to perform at this occasion.

Saboor Aly, a 27-year-old Pakistani actress and model, married actor Ali Ansari. In her interviews, she has stated that our connection began unexpectedly. And that none of us was aware of it. Because Mariam Ansari, Ali’s sister, and Sajal Aly, Ali’s childhood bestfriends, decided to make them a pair.

Saboor Aly’s provocative wardrobe has irritated a lot of people. She does not appear to be Sajal Aly’s younger sister, according to internet users. Because many people feel the two sisters’ customs and behaviours are vastly different. In an interview, Saboor stated that Sajal never compliments her acting. Saboor also said that Sajal has told him that he needs to improve his acting skills right now.

However, we shall see in today’s post that Saboor Aly. And Ali Ansari’s mehndi ceremony is being held in the cold of Karachi with tremendous hoopla and passion. More than a dozen Pakistani entertainment superstars have been invited to the mehndi ceremony by Saboor Ali. Aiman Khan, Minal Khan, Nida Yasir, Kinza Hashmi, Mansha Pasha, Ahsan Khan. And Amar Khan, among others, attended the ceremony.

Please indicate what is your favourite TV drama of Saboor Aly’s husband Ali Ansari in the comments box below, and we will look forward to reading your insightful thoughts. Thanks!