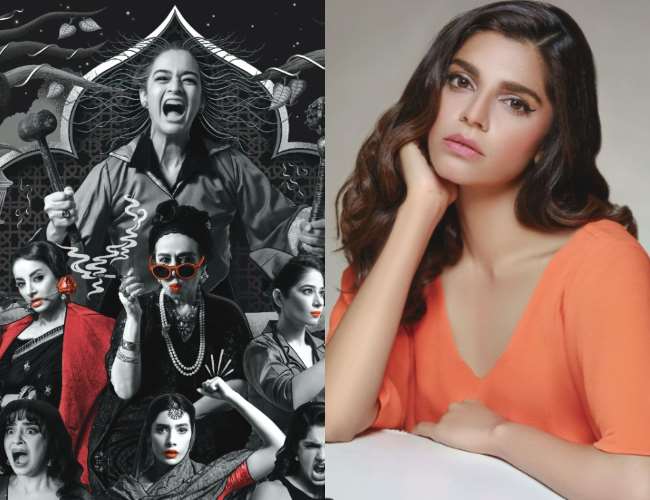 ZEE5 and Zindagi have announced the first of its kind desi noir anthology series ‘Katil Haseena Ke Naam’. The series will be directed by British-Indian director Meenu Gaur. The series will show six stories of seven women, who give a different direction to their lives with their killer style and attitude.

The series will feature several Pakistani actors in the lead roles, including Sanam Saeed, Ehsan Khan, Usman Khalid Butt, Shahryar Munawwar, Salim Mairaj, Samia Mumtaz, Sanam Saeed, Sarwat Gilani, Mehr Bano, Faiza Gilani, Beyo Rana Zafar and Iman Suleman. Huh. The show is written by Farzad Nabi and Meenu Gaur. The story of the show is set in the evergreen lanes of Andheroon City, where the feelings of deceit, anger and revenge are intertwined with love, lust, power and greed.

Co-writer Farzad Nabi said, “The murderer will say goodbye to the victimhood of beauties as the seven find their way out in deadly ways that are unpredictable, sometimes scary, but always liberating. I’m glad The show will premiere on the ZEE5 platform, which focuses on bringing diverse and important stories to a global audience.” The show will also be streamed on ZEE5.