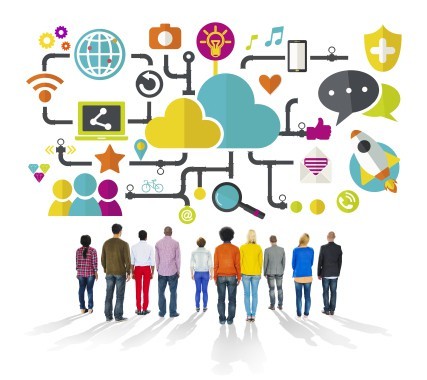 Social media? “websites and applications that enable users to create, and share content and to participate in social networking” it is explained well in google terms. The majority of the individuals are using all the biggest network of social media, especially it is used by the younger generation, and get hooked to this site. (Facebook, Twitter, LinkedIn) and media sharing networks (Snapchat, WhatsApp, Instagram, etc.). Social networking is extremely beneficial and while it might be negative.

Social media is transforming young people’s thoughts, preferences, and lifestyle. The positive influence of social networking involves keeping users up to date on all activities, and events and even helping them interact with their friends and relatives. The social network can also contribute to more job prospects for unemployed young people. From the numerous interviews, young people suggest that social media sites make their lives wonderful. It also facilitates people in the way that misspelling of terms, searching the meaning of such words and phrases, misuse of tenses, and finding synonyms, provides informative data and in many other forms.

“THRIVE FOR PERFECTION BUT DO NOT MAKE IT BAD ADDICTION”

We’ve had some cases in our history, too, just have a look at it a couple of months before the new game called PUBG is launched, young people, get mad at all about the game and addicted to it. Many people in society have also committed suicide due to depression, and we have an example of another networking app called TIK TOK that has already ruined a lot of teen’s lives and many actors also and Many celebrities have also called PUBG and TIK TOK a gutter. Social media also help to build negativity in the younger generation and it also can ruin our youth.

From my observation that there is an almost addictive aspect to the agony that social media can bring. Parents must make certain limitations and check their children’s cell phones Our younger generation should be protected from these kinds of gutters in this manner.

3 thoughts on “TEENS AND SOCIAL MEDIA”