Home » Urfi Javed is on the street without a top 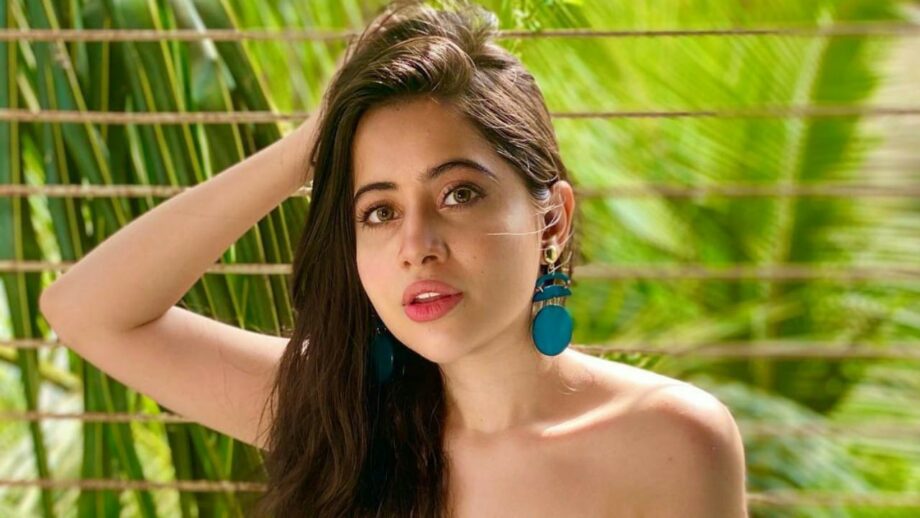 Urfi Javed is on the street without a top

Here is a forthright actress who doesn’t give a damn about how she looks, what online users are talking about, or the people around her. In India and Pakistan, it is evident that the populace does not appreciate the provocative attire and harsh acting that the actresses never hesitate to try anyplace while completely oblivious to the eyes and sentiments of those around them.

Indian actress Urfi Javed is well known for her flawless acting and stunning personal style, both of which she likes. She is frequently spotted wearing less clothing, and she never conforms to social norms. Recently, she was spotted leaving her house completely bare.

Yes! You have just read the truth; she had no top on and was only covered in shackles.

She was wearing chains that were fastened by little locks of various colours that were styled and partially covered her upper body. Since she was wearing only chains as her top, no other clothing was on her, everyone was staring at her strangely. How absurd was the situation when photographers and media personnel were around but unsure on whether to approach her or not.

There are limitations and boundaries in which these styles are not admired or promoted by the public, but Urfi never gives a damn about any limitations and the social norms of her society. In India, all the actresses dress provocatively, which is not necessarily a bad thing in their society. Nobody even dares to criticise her because she always does what she enjoys.

Urfi always gave the public a treat by selecting such attires that are actually not included in any type of dressing. The public’s main concern has always been celebrities’ hot looks, even though they found many bold actresses all over the country. Under the shackles she was wearing, there was no fabric.

Bollywood frequently surprises us with unexpected performances by celebrities, particularly the most well-known and well-liked ones. They don’t just dress in vintage costume for their films and dramas; they also do it in real life. They feel at ease exposing their bodies and believe that it is part of fashion, yet most of the time they receive criticism rather than applause from others.

People are free to say whatever they want, and they also love the positive things that celebrities do. Whether it be in the form of their blockbuster performances or their acts that speak louder and draw crowds.

The primary goal of Indian media is to draw audiences in any manner possible. herefore artists don’t give a damn about maintaining their dignity. And plunge headfirst into hot-button issues without giving it a second thought.

The other images of Urfi are similar to these, but she typically wears clothing that is short. And doesn’t cover her entire body. This time, however, she was unhinged and, as we might say, out of her clothes. These actresses are not subject to any restrictions, and social conventions are not followed. Check out the images and judge whether or not this level of frankness is acceptable.

Did you appreciate Urfi’s clothes, which isn’t part of the clothing? tell us in the comment section below. Thank You!!