Home » Uroosa Siddiqui has enchanted fans with her stunning looks 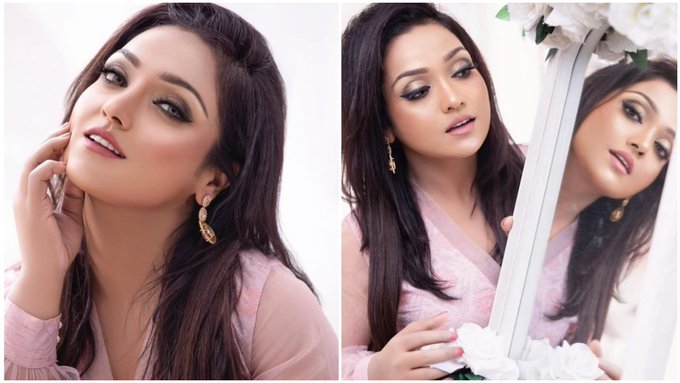 Uroosa Siddiqui has enchanted fans with her stunning looks

Uroosa Siddiqui is a fantastic comedian and actor. She rose to prominence after playing Sukhi in the drama series Dolly ki Ayegi Barat. And later received a lead part in season 3’s Takay Ki Ayegi Barat. Uroosa Siddiqui, an incredibly gifted and passionate actor. Was born in Quetta and now lives in Karachi, Pakistan. Her great comedy and expressions earned her a lot of fame. She has also appeared in a number of television series. Uroosa Siddiqui has appeared in a number of plays. Including Quddusi Sahab Ki Bewa, Hum Sab Ajeeb Say Hain, and others.

Uroosa is a well-liked actress with a terrific sense of humour who appears in a variety of shows. Her remarkable metamorphosis has recently grabbed the internet by storm. Her fans are awestruck by her remarkable physical makeover. She has accomplished what appeared impossible at the time.

The new style of #Pakistani actress #UroosaSiddiqui has created a buzz on the internet. Her fans are constantly asking her about her transformation.The actress shared new pictures on her Instagram account. pic.twitter.com/Zd4pl8AjM3

Uroosa, after a fight of three tears in a row. Has finally achieved her objective and has embarked on a path from overweight to fit. She is without a doubt the most powerful individual who has shown her devotion to herself. She weighed 110 kg before losing weight. And now only weighs 60 kg. She is commonly seen in numerous shoots for salons. And designers after dropping a significant amount of weight.

Uroosa is happily married and the proud mother of a son. She continues to share her beauty on Instagram. And receives a lot of love and respect for it. In a lean and elegant appearance, she seems ethereal. She is very disorganised, Her weight loss is an encouragement to many people. Who want to maintain a healthy weight. We’ve gathered some of her beautiful photos from her Instagram account.

Don’t forget to leave a remark in the space below. Thank You So Much