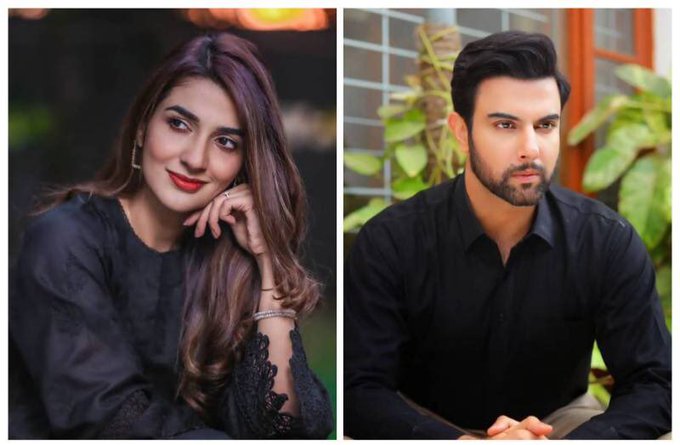 The drama has been directed by Adeel Siddiqui and produced by Momina Duraid.

Written by Nadia Ahmed, the drama has been directed by Adeel Siddiqui and produced by Momina Duraid. The cast also includes Momina Iqbal, Shaheen Khan, Ayesha Mirza, Waseem Abbas and Agha Mustafa. Hum TV has released the teasers for the drama online. Giving viewers a glimpse into what Sila e Muhabbat has in store for them.

Written by Nadia Ahmed, the drama has been directed by Adeel Siddiqui and produced by Momina Duraidhttps://t.co/UCYV0tJ5fu

In a comment to Images, Hassan shed some light onto the character he’ll be playing in the upcoming drama. “I’m playing the character Tabres,” he said. “Tabres is a very decent and responsible person and I think that’s the biggest dilemma of his life. He often gets stuck between all his responsibilities. In the drama he feels so much responsibility for the person he loves and the parents. He has to take care of everything in a balanced way.

Written By Nadia Ahmed, Directed By Adeel Siddiqui and Produced By Momina Duraid

Starting From 11th October, Every Monday To Friday At 9PM, Only On #humtv pic.twitter.com/jop1aS8Oqp

“I really like this about Tabres, I might not be this responsible in my real life. But I’m glad I got to play a character who is,” he added.

Hashim told Images about her own character as well. “My character is that of a happy go lucky girl Alizeh. Her life is perfect until she get struck with a major tragedy,” she said. Overall, Hashim believes that viewers will really enjoy what the drama has to offer. “It’s a very happening story full of twists and there are major transitions in my character,” she added.

For Hashim, Sila e Muhabbat is her third project with Noor Hassan. “The experience of working with Noor has been great,” she said. “He’s an amazing co-star.”

Hassan too has enjoyed having Hashim as a co-star since their very first project together. “It has always been great working with Rabab,” he said. “She’s a great support, always there to professionally advise me. And I really like her as an actor. Very decent and has a great presence always.”

According to the actors, the drama is likely to be aired on television by the middle of October.