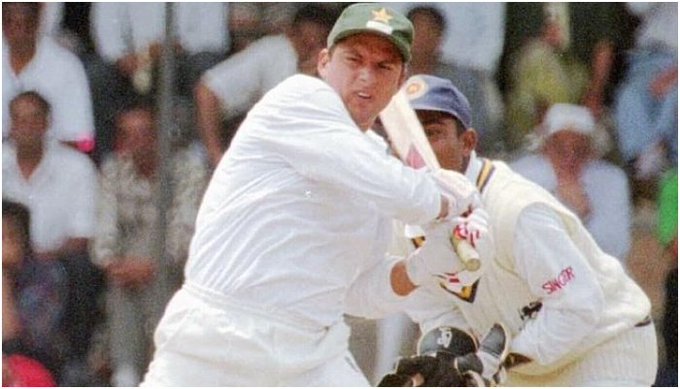 When Pakistan came out to bat against Sri Lanka in Nairobi on October 4, 1996. Nobody knew the carnage that was about to follow, least of all the Sri Lankan bowlers.

Shahid Afridi was relatively unknown at the time. However, after Pakistan batted first. And played their inning, the right-handed batsman had made headlines around the world.

Afridi smashed his way into the record books by scoring the fastest ODI century in the history of the game, achieving it in 37 balls. Afridi hit the ball out of the park frequently during his inning, smashing 11 sixes. And six fours to score 102 runs off 40 balls before he was sent back to the pavilion.

The stylish Saeed Anwar also put up a strong performance, scoring 115 off 120 balls. However, the day belonged to Shahid Afridi.

The former Pakistan skipper, nicknamed “Boom Boom” for his aggressive batting. Recalled the memorable day in a social media post.

In the tweet, Shahid Afridi said he would never forget the day he shattered the world record for the fastest ODI century.

“To all my fans around the world, do remember, dreams do come true!” he tweeted.

Won the match by 82 runs after handing Sri Lanka a mammoth 372-run target. The Sri Lankans batted well but fell short of the target. As they were bowled out for 289 with only one ball to spare.

Shahid Afridi picked up one wicket from his 10 overs as well. Fast bowler Waqar Younis was the pick of the bowlers. Taking five wickets while Saqalin Mushtaq took four wickets too.