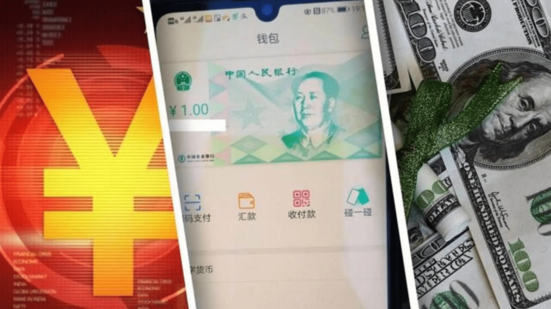 China Creates Its Own Digital Currency-CBDC 2021

In a push to dominate global financial technology. The Chinese government is aiming to roll out the world’s first state-backed digital currency. China Creates Its Own Digital Currency-CBDC 2021.

China’s new currency could set global standards for the use of national digital currencies. And give Beijing unprecedented visibility and control over domestic financial transactions.

The Chinese government has begun to issue blockchain-powered digital currency to its citizens.#MarketingMind #DigitalCurrency pic.twitter.com/JjUxPO8zQC

Spurring Innovation: A state-backed digital currency could potentially provide a host. Of new opportunities for businesses, tech companies, and trade.

China Creates Its Own Digital Currency-CBDC 2021

But it isn’t just about efficiency and innovation. Chinese officials have made it clear that they view the digital currency as a key staging ground for global geopolitical competition, according to a January report by Yaya Fanusie and Emily Jin of the Center for a New American Security.

Cryptocurrencies like Bitcoin and Ethereum exist on a decentralized ledger. And are intended to skirt controls by governments or companies. The People’s Bank of China (PBOC).

In the hands of an authoritarian government. “Never before has a government ever had access to individual user transactions directly. Technology hasn’t allowed that,” Fanusie told Axios.

Though DCEP could help internationalize the renminbi to a moderate degree. It’s unlikely to challenge the U.S. dollar any time soon.

This report has more details pic.twitter.com/wjZfZR111Y

But international DCEP transactions could bypass SWIFT. The most widely used international payments system, making it easier for people and governments to evade U.S. financial sanctions.

One thought on “China Creates Its Own Digital Currency-CBDC 2021”