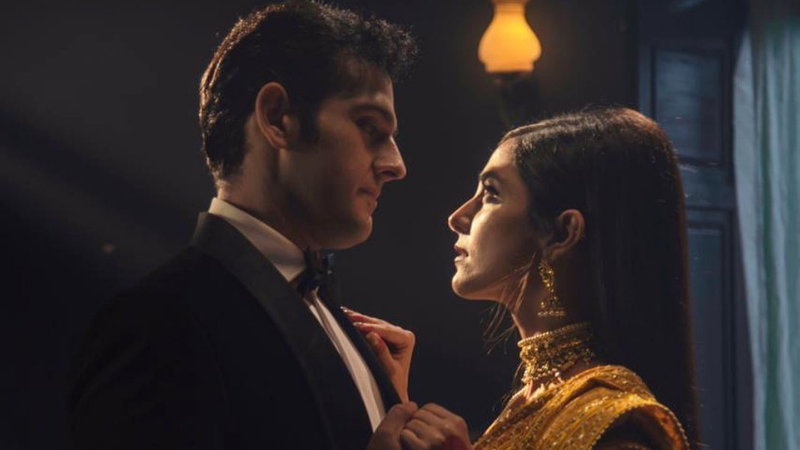 Azaan Sami Khan has released a new song video, which features Maya Ali as his love interest. On December 22, he posted a teaser for his music video ‘Ik Lamha’ on social media. ‘Ik Lamha,’ by Azaan Sami Khan, offers a glimpse of 1960s Karachi.

The song video is set in Karachi in 1964, with horse-drawn carriages and vintage automobiles. At the video, Sami is dancing in the rear of a cabaret with Gatsby-styled showstoppers. Sami is dress up in a tuxedo, while his ladylove is dressed up in a dramatic 60s haircut and an embroider mustard gown.

A crimson henna tattoo and an engagement ring on Ali’s hand are also feature in the teaser. This could be the couple’s final rendezvous, according to the narrator.

“I’ll confess it: you don’t think you’re worthy of me. How am I going to persuade myself to accept someone else as my own? I’ll come to see you one more time, and I’ll let you know what you’ve decided “In the teaser, Ali says.

The preview appears to be from a movie rather than a music video. The teaser’s storyline isn’t the only thing that makes it exciting; the piano score in the background is just as tense as Ali’s conversation. The teaser audio appears to be a mix of qawwali and an electric guitar score with tablas in the backdrop. We didn’t hear Khan’s vocals because the teaser is more focused on Ali’s instrumental and speech.

Ehteshamuddin, who also directed Mahira and Ashraf in Superstar, directed the song video. The third song from Khan’s debut album, Main Tera, is titled “Ik Lamha.” AM Turaz, an award-winning lyricist, wrote the words for the song. Today, December 23, the official audio will publish, followed by the official video on December 25.

One thought on “‘Ik Lamha,’ by Azaan Sami Khan, offers a glimpse of 1960s Karachi”