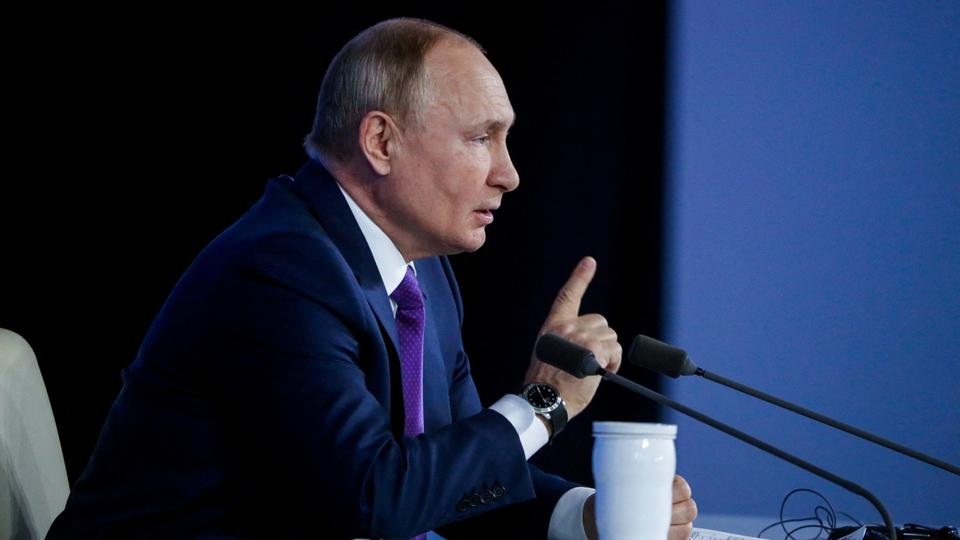 Putin made these remarks during his annual press conference in Moscow on Thursday, adding that insults to Prophet Muhammad (PBUH) were a violation of “the sacred feelings of people who profess Islam”.

Such acts, the report quoted Putin as saying, gave rise to extremist reprisals.

Artistic freedom had its limits and it shouldn’t infringe on other’s freedoms, he added.

The president further says that Russia had evolved as a multi-ethnic and multi-confessional state and so Russians were used to respecting each other’s traditions, according to the report.

In some other countries, this respect came in short supply, he said.

I welcome President Putin’s statement which reaffirms my message that insulting our Holy Prophet PBUH is not ” freedom of expression”. We Muslims, esp Muslim leaders, must spread this message to leaders of the non-Muslim world to counter Islamophobia. https://t.co/JUKKvRYBSx

“We Muslims, especially Muslim leaders, must spread this message to leaders of the non-Muslim world to counter Islamophobia,” the premier said.

Appreciate and welcome President Putin’s statement. Insulting our Holy Prophet PBUH is indeed a violation of religious freedom and is a far cry from the freedom of expression. #Islamophobia

“Insulting our Holy Prophet (PBUH) is indeed a violation of religious freedom and is a far cry from freedom of expression,” he said.

The blasphemous sketches published by Charlie Hebdo in 2015, and Muslims all across the world condemned them.

On January 7, 2015, an attack on the magazine’s office occurred as a result of the publishing, in which 12 people slain.

The topic resurfaced in 2020, when the magazine reprinted the sketches on September 2 to coincide with the trial of 14 people accused of assisting the assailants in their gun spree against the magazine’s employees.

After showing the cartoons in his class, a history teacher in France decapitated a month later. In a ceremony honouring the teacher, French President Emmanuel Macron promised not to “give up [the] cartoons” and made controversial remarks about “Islamists” who “desire our future,” according to Macron.

The cartoons were subsequently projected onto a building’s front in one location, as well as at protests across the country.

The move, as well as the words made by the French president, drew condemnation from the Muslim world.

“This is a period when President Macron might have applied [a] healing touch and denied space to extremists instead of fostering greater fragmentation and marginalisation that inevitably leads to radicalism,” Prime Minister Imran remarked.

Meanwhile, the Pakistan Tehreek-i-Labbaik requested that the government deport the French envoy and close the embassy, sparking skirmishes with police across the country.