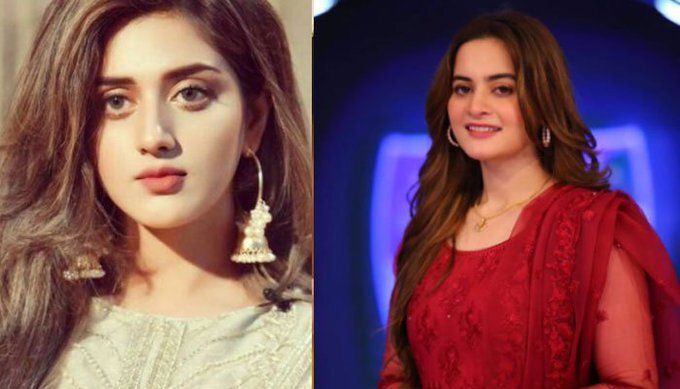 Aiman Khan, who recently participated on the show Voice Over Man. Was asked to offer some advice to Jannat Mirza. Aiman Khan instructed her to keep her cosmetics to a minimum. Jannat Mirza was irritated by such remark. And she eventually came up with something more amusing and amusing. She posted a lip sync video with the remark. “How can someone who has had face surgery and wears a lot of cosmetics suggest you to wear less makeup?”

She presented her opinions to Aiman in a humorous manner. As well as her belief that no one has the authority to meddle in someone’s personal choices. People have deduced that her video or message is intended for Aiman Khan. Jannat Mirza’s video was liked and commented on by Anam Tanveer, a Pakistani drama actor. She was chastised for her support for Jannat Mirza.

Anam Tanveer stated that she is neither critiquing nor endorsing anyone. We should appreciate both Aiman and Jannat because they are both from the industry. She also conveyed a message of peace. Prior to her fight with Aiman Khan, Jannat made headlines for her feud with Bushra Ansari.

Jannat or Aiman, who is your favourite? Whose point of view would you like to support? Please let us know what you think in the comments area below.