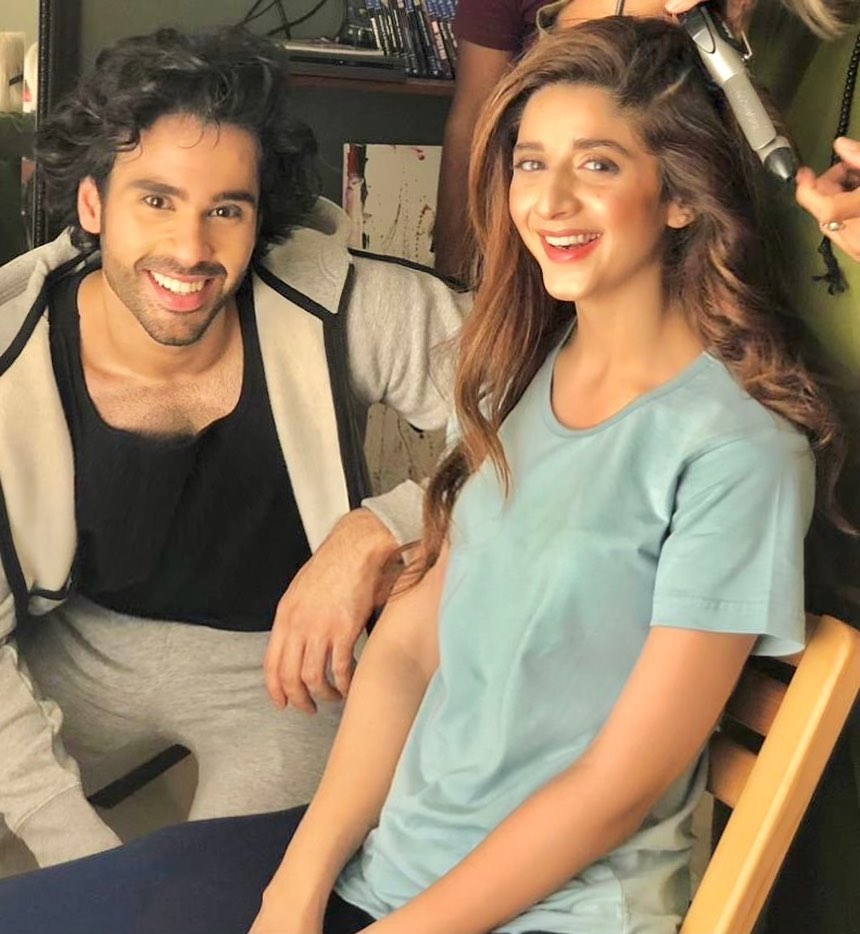 Mawra Hocane turned 29! What a pleasant surprise that she celebrated her birthday with close friend Ameer Gilani. Fans are wondering if there is something going on between them? Well, no. The two budding actors have had fiery chemistry on-screen but in real life they are nothing more than good mates – at least for now. So let’s find out a little bit more about the two.

So who is Mawra Hocane? She is a Pakistani model and actress. Further, she was into theater before she became a VJ. Furthermore, this attractive actress has performed in numerous Pakistani TV serials such as Aahista Aahista, Ik Tamanna Lahasil Si and Nikhar Gaye Gulab Sare. She has even debuted in Hindi film titled Sanam Teri Kasam. So she is pretty popular. What about her friend Ameer Gilani?

This handsome actor and model has not starred in many dramas but he made his debut on the screen in 2019 with drama serial Log Kya Kahengay. Then he performed in drama serial Sabaat along with Mawra Hocane and his popularity was on the rise. Their chemistry in the drama was sizzling. Gilani mentions Hocane with a lot of respect and love. On Instagram recently he posted a picture of Mawra’s birthday celebrations with the following caption:

Happy birthday to one of the most genuine, kind and beautiful souls. May you have many more happy and healthy ones InshaAllah. Stay the same. 😊🤲🏻💯🥳

So fans are wondering is there something going on between the two?

Well, the two have had been good friends for a long time. Their on-screen chemistry in drama Sabaat took everyone by surprise. People fell in love with the duo. Plus, it turned out that the two were also classmates in law school. They were also modelling together on the ramp. Fans were awaiting good news from the two, as everyone loved their pair. But it turned out that they unfollowed each other on Instagram. Further, Mawra posted some story on Insta where she sounds not interested. So maybe they are just good friends. At least for now.