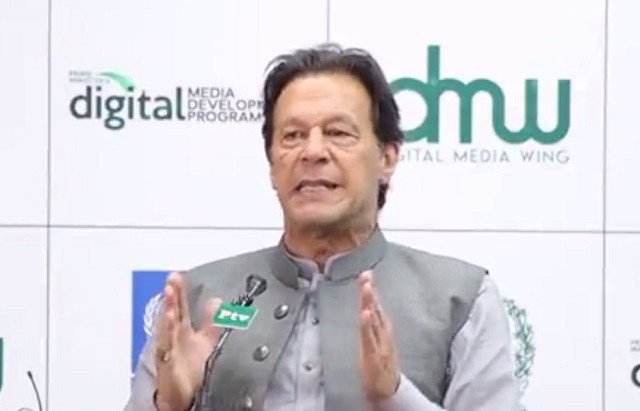 Prime Minister Imran Khan on Monday launched the Kamyab Pakistan Programme (KPP) to disburse interest-free. To highly concessional loans amounting to Rs228 billion among 738,000 borrowers in the remaining period of his government.

Prime Minister Imran Khan on Monday launched the Kamyab Pakistan Programme (KPP) to disburse interest-free to highly concessional loans amounting to Rs228 billion among 738,000 borrowers in the remainder period of his government. https://t.co/RPVkAQY6L4

Prime Minister ⁦@ImranKhanPTI⁩ Khan on Monday launched the Kamyab Pakistan Programme (KPP) to disburse interest-free to highly concessional loans amounting to Rs228 billion among 738,000 borrowers in the remainder period of his government. https://t.co/l61jOoD5af

The program – a brainchild of Finance Minister Shaukat Tarin – promises to uplift people from poverty. And low-income cycles by providing them interest-free loans of up to Rs500,000. For doing business and procuring inputs and machines.

The government has given an eight-year roadmap. Though its constitutional term will end after two years in August 2023. In two years, the government has planned to disburse 738,180 loans worth Rs228 billion. The Rs37 billion subsidies will be given from the budget to pick up for the 15% interest cost.

“The Kamyab Pakistan Programme was a landmark and splendid idea,” said the prime minister. Saying Pakistan’s whole system only caters to the needs of the elite. And banks even after the foreclosure law became operational did not have the capacity to give small loans.

“We realized that by the time banks learn to give loans to poorer people. Our five years will be over,” said the prime minister, adding that this was the reason the government had decided to make microfinance banks part of the program.

“The prime minister has laid the foundation of a welfare state and if the program is implemented successfully. There will be a revolution at the downtrodden level,” said the finance minister.

It will take one-and-half months to two months before the first borrower gets the loan. As the Ministry of Finance has not yet hired partner commercial banks. That would disburse the loans through microfinance institutions.

“A request for proposal will be floated in the media this week for hiring the banks. That will have at least two weeks’ time to submit the bids,” said a senior official of the Finance Ministry. The government will pay around 17% interest to the banks. That will disburse free-of-cost loans among the youth and farmers.

The cost of housing loans is estimated at 15% out of which 2% will be borne by the borrower. And the remaining 13% will be picked by the government, according to a decision by the cabinet.

While addressing the launching ceremony, the prime minister said that there will be difficulties in implementing the program. And a monitoring committee should be set up to address the problems.

Who will get what?

Under the program, the PTI government would disburse Rs52.3 billion. Or 23% of the loans among 348,480 beneficiaries in the remaining two years. Up to Rs500,000 loans will be given.

Similarly, Rs23.8 billion or one-tenth of the total loans. In two years will be disbursed among 237,000 farmers.

On Rs228 billion loans, the PTI government would give Rs37 billion in subsidies to pick the interest cost.

The other two components of the skilled-based scholarship scheme. And Sehat Insaf Card do not have any budgetary implications.

Tarin had vowed to launch the largest-ever program in the history of Pakistan. To disburse interest-free to cheapest loans among 30 million people in three years. However, his ambitions were watered down by the International Monetary Fund (IMF). And the bureaucracy of the finance ministry.

The Finance Minister said that Pakistani banks do not have an appetite to give small loans. And this gap will be bridged by the microfinance institutes. Because of the same reasons, the banks gave only 10,000 loans despite receiving hundreds of thousands of applications. Under the Kamyab Nojwan program, said Tarin.

Tarin said that with a gradual increase in the number of beneficiaries to 5 to 6 million. The government will reduce handouts to the poorest beneficiaries under the Ehsaas program.

Pakistan had made a huge mistake by not following the idea of making the country a welfare state first. And then becoming rich. Prime Minister Imran acknowledged. That poor people were suffering because of inflation but said it was “imported inflation”.

The price of oil has increased 100% internationally and we have only increased 22% in Pakistan. Aside from 19 oil-producing countries, Pakistan has the cheapest petrol and diesel, he said.

The premier stressed that the government had only passed on a “minimum impact” of the rising international prices. The government had lost Rs400 billion because of reducing the sales tax and petroleum levy, he added.