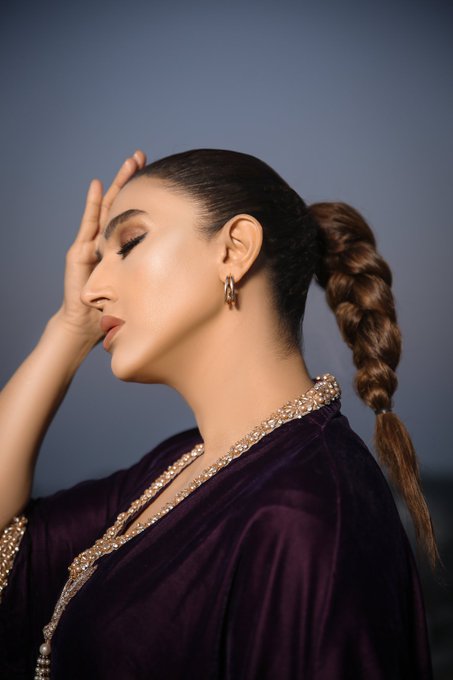 Sana Fakhar is making a comeback thanks to her amazing performances in a number of projects. She recently got a lot of attention after dropping such an unbelievable amount of weight. Which piqued people’s interest in learning the secret of her transformation. She also has a YouTube channel where she frequently discusses different weight-loss routines. People have been left in amazement at her miraculous makeover.

Style is a way to say who you are without having to speak ✨#SanaFakhar #actress #deeyana #formalwear #style #fashion pic.twitter.com/pxYZMzxJE6

How could these celebrities not flaunt their amazing physique so soon after having a perfectly toned body? She took advantage of the situation and didn’t miss an opportunity to flaunt her physique. She told BBC Urdu that people have double standards. And that when she posted a picture of herself wearing a skirt. Her comments section was flooded with abusive comments.

Red is not the color of the woman who hides in a corner. It’s the color of a woman who wants a new adventure everyday: never afraid to fail or fall.#SanaFakhar #reddress #formalwear pic.twitter.com/G2nQTNxDnk

She went on to say that whenever she posts a bold photo. These internet warriors start slamming her and condemning her for not being a true Muslim. On a brighter note, she stated that after receiving so much backlash. When she posted images of herself wearing a dupatta and greeting Jumma Mubarak. People’s attitudes had completely changed and they were now saying things like Masah’Allah, Subhan Allah. These, she believed, were the folks who applied double standards. She is unconcerned by trolls or criticism.