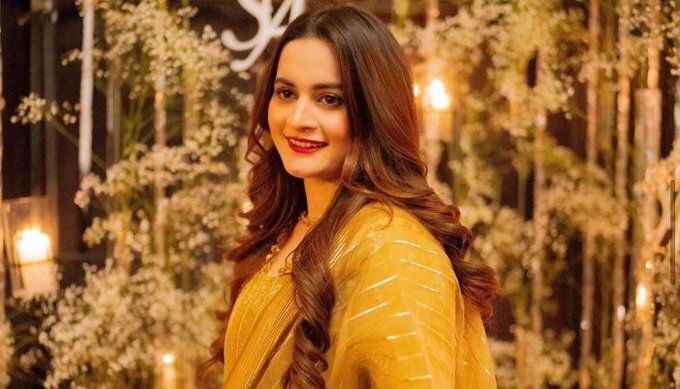 Aiman Khan wishes for all Pakistani actresses to marry soon

According to Saba Qamar, everyone should be married as soon as feasible. And getting married as soon as possible is the most important thing. She went on to say that if we decide to look for something truly unique and have very high expectations. Time will not stand still and it will not happen.

In 2018, Aiman and Muneeb married. And their wedding celebrations were widely panned for being overly rich and ostentatious. People offered various estimations for how much they spent on their functions. Amal Muneeb, the winning couple’s stunning and adorable baby. Is always featured on our newsfeed via her mother’s or Khala’s social media sites. Aiman Khan and Muneeb Butt are frequently seen together, and their love bond is simply incredible.

If you wait too long, you won’t get married, Aiman Khan tells actresses#A1TV pic.twitter.com/bA3UX9uIEP

#AimanKhan is the perfect example of a brainless bimbo pic.twitter.com/oLyugHzQC5

Aiman Khan has 9.8 million Instagram followers. Which is a huge and impressive number for any musician. She has been spotted in several modelling projects. And has lately published a photo of herself shopping at a shoe brand. Which she endorsed a few months ago and is seen posing in front of her poster.

So, how did you like her talk with Voice Over Man, guys? Don’t forget to leave a remark in the space below. Thanks!!