Home » Five Turkish Dramas That You Must Watch 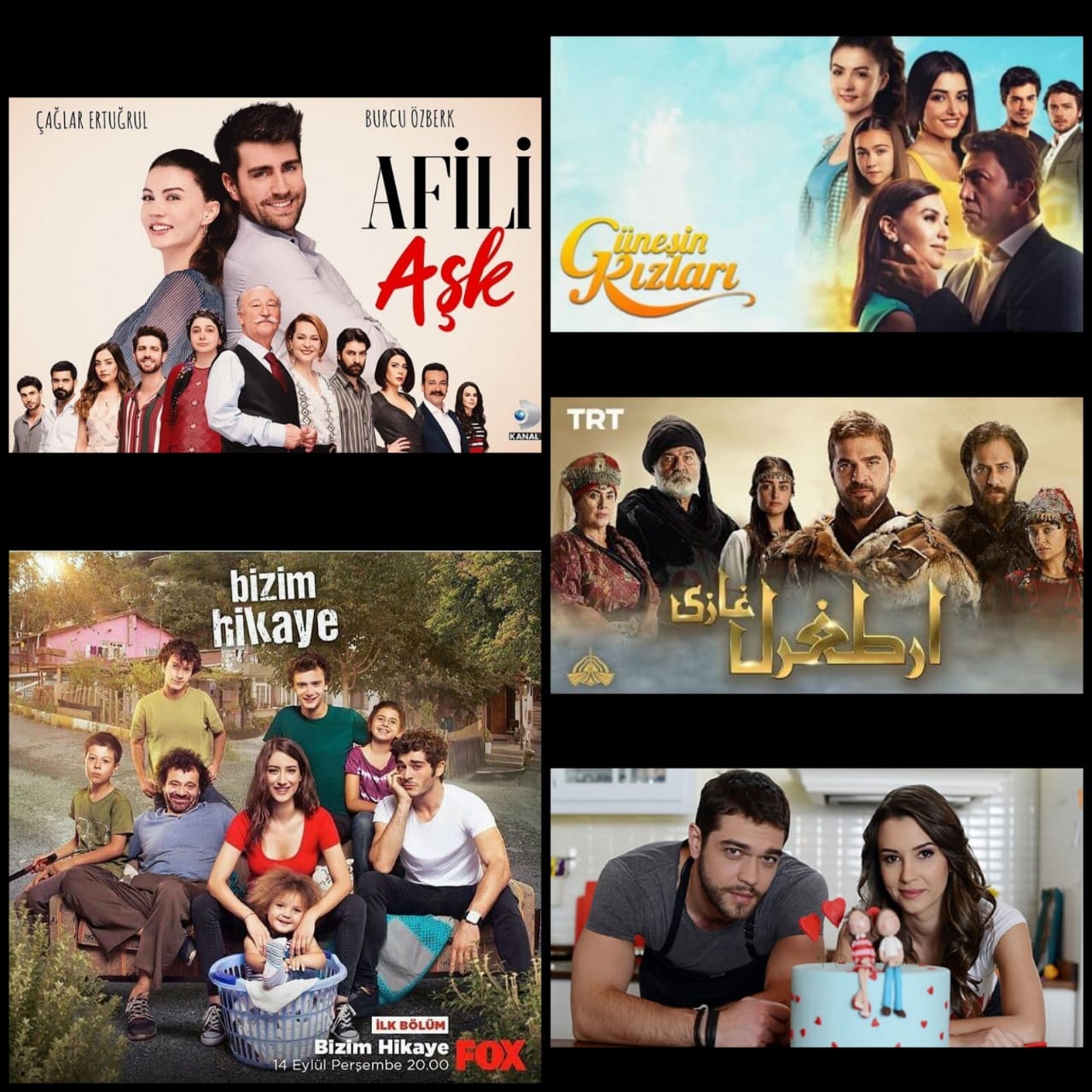 Five Turkish Dramas That You Must Watch

Turkish serials have been very popular in Pakistan lately. There are Turkish drama’s that have been dubbed in Urdu by Pakistani channel ‘Urdu 1’, for everyone to watch easily. They are also streaming on YouTube!

It’s a story of a girl name filliz(hazal kaya). She lives in a poor family. She is the eldest sister of 5 siblings and her mother left them and her father has a drinking issue so she is the one who took care of them. She didn’t study after school that’s why she doesn’t have a proper job. Filliz’s siblings are troublemakers.
She never did anything for herself until she met a stranger accidentally, the stranger fell in love with her and after that how dramatic twist and turns this show will take. You will not able to stop yourself from watching this show.

The best part of the show is that the stranger is the heartthrob of Turkey, None other than Burak Deniz (baris). He enters in filliz’s(hazal kaya) life carrying the burden of his past which will be unveiled in the future. It contains a lot of family drama and you will love this drama for sure.

This drama series is a love story of a girl Ayesha (Burcu özberk) who belongs to a middle-class family and a boy Kareem (Çağlar Ertuğrul) who is a rich handsome man.
They both are so different characters Ayesha is a girl who wants to study further and become a successful woman but her brother never allowed her to study at University.
Whereas Kareem has a carefree life. He has a flirty personality, He lives with one rule that he is never gonna marry anyone but then both Ayesha and Kareem had to marry each other for their benefits. They lived a happy married life in front of everyone but hate each other.

As time passes they started to fell in love with each other. You will love their journey and this series will become your laughter therapy and ease your mind. They both acted so well that’s a plus point for you to watch this drama.

This drama series has taken Pakistan by storm, loved by every Muslim. It’s a historical story of Turkish warrior Ertuğrul.
He is the father of Osman (the founder of the Ottoman caliphate). this drama serial has many actions, adventures, and most importantly the love they show for Islam and the prophet (P.B.U.H).

The chemistry between Halima sultan (Esra bilgîc) and Ertuğrul (Engin Altan) is superb. Both actors did so well that you can’t stop yourself from appreciating their acting. The direction and story make this drama worthy to watch and the disclaimer is that it will become the most important part of your life.

It’s a story of a spoiled girl(Leyla Lydia) who broke a heart of a boy Shehan(Furkan Andic) in University when he came to tell her about his feelings for her in front of every\one. She rejected him and insulted him. After that, he changes a lot, his whole life changes but karma happens.

She loved a guy who wants to marry her but on the day of the wedding, he left her. She became all alone then she gets to know that’s she will be alone like this all her life if she didn’t apologize to him so she finds him everywhere so that she could get back to her lover but Shehan didn’t forgive her easily.
He takes sweet revenge. You have to watch it if you are searching for a comedy-romantic storyline.

Güneş’s mother of twins and two years younger daughter living a good life in Izmir as a single mother but then she met a businessman Haluk Mertoğlu and fell in love with him.
He took them to Istanbul in his mansion.Selin(hande parcel) is one of the twins she was so happy with this change but her twin nazli(burco özberk) was not because she didn’t like Haluk and she wants to stay in Izmir but for her mother, She moved with them.

Selin tries to get settled with some groups of friends. Haluk’s son Ali(Tolga Sarıtaş) makes trouble for selin because he was not willing to stay.
Haluk’s nephew savas (Berk Atan) was so different from others. He was suffering from a terrible trauma relating to his formerly dead girlfriend, Savas behavior got nazli attention.

Time passes, Selin and Ali get feelings for each other, and nazli and savas were also getting attached day by day. After some time güneş finds out that Haluk has so many hidden sides. this thrilling and love story is a must-watch.

2 thoughts on “Five Turkish Dramas That You Must Watch”