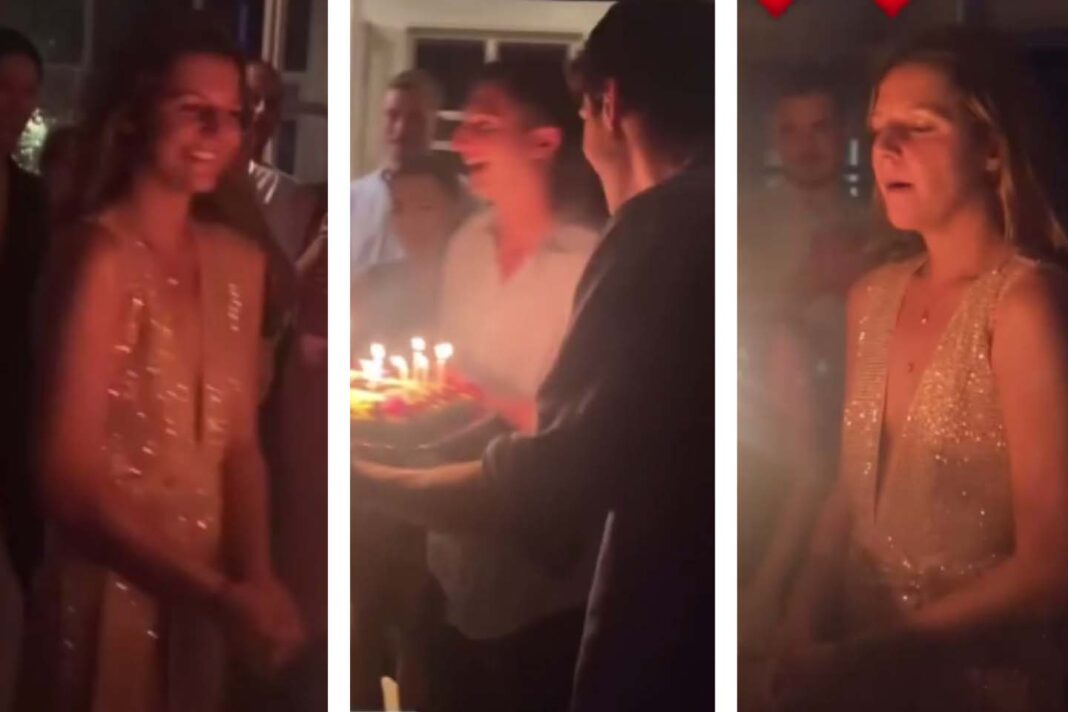 Tyrian Khan, Imran Khan’s daughter, was seen celebrating his birthday with his kids Suleman and Kasim.

Imran Khan, a well-known figure in Pakistani politics who served as president for four years, is currently battling for his legal rights after his administration was overthrown due to a petition. In 1995, Imran Khan married Jamaima Goldsmith, and the pair has two sons, Suleman and Kasim Khan. Because Jamaima did not want to reside in Pakistan, the couple split up in 2004.

Khan was dating Sita White before marrying Jamaima, and they had a daughter named Tyrian White, whom her mother claimed was Imran Khan’s daughter, despite the ex-president of Pakistan always denying the claim. Tyrian was never recognised as his daughter by him.

Sita White married a Filipino man while dating Imran Khan, but their relationship terminated due of Imran Khan. Sita kept Tyrian’s father’s identity a secret for a long time, but she eventually revealed it.

Sita also went to court to verify her daughter’s identification, but Khan ignored her and informed her that he was not available to attend for the case in the near future. Sita testified in court that when she was pregnant with Tyrian, Imran was hoping for a boy, but when he found out it was a girl, he begged Sita to abort the kid, which her mother refused to do.

Jamaima took care of Tyrian after Sita’s death and showed her motherly devotion.Jamaima recently shared a video of Imran and Jamaima’s kids Suleman and Kasim celebrating their stepsister Tyrian White khan’s birthday. She was blowing out the candles on his brother’s cake, and they were all wishing her a happy birthday. This video sparked numerous doubts about Khan, and it is clear that this will have a negative impact on Khan’s political career.

What are your thoughts on Tyran being Imran Khan’s daughter? Why is it that he refuses to be the father of that sweet little girl? Please let us know what you think in the comments area below. Thanks!