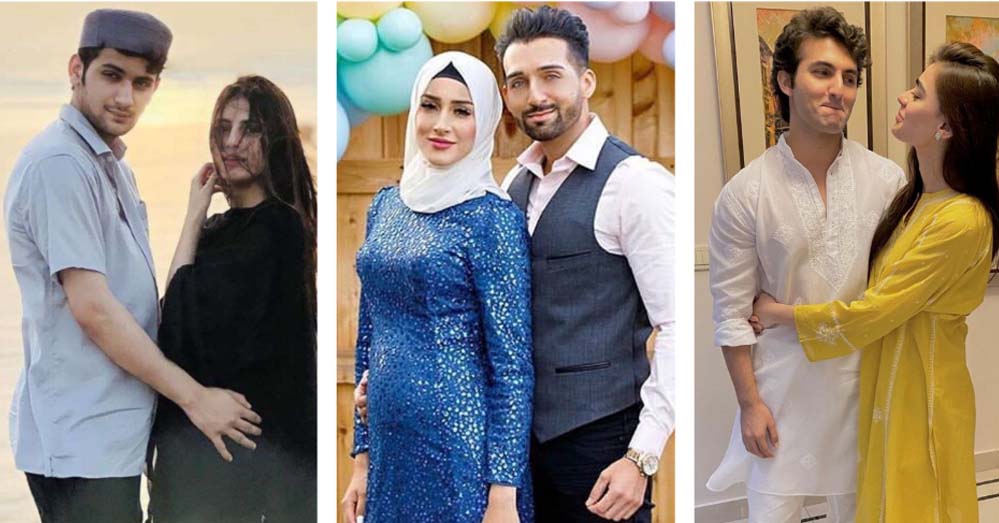 5 Pakistani celebrities are expecting babies in 2022

Everybody in the world wants to have children of their own, whom they will love and raise in their own unique way. Parenthood is a blessing from ALLAH Almighty. Due to various factors, many who are not blessed understand the value of having children, and their desire for children persists throughout their lives. Today’s parents welcome the new little angel with pure love and also organise celebrations. Parents and grandparents no longer conceal their good news like older people did. Here is a list of famous people who will be welcoming children this year.

Sadaf Kanwal and Shehroz Sabzwari are a devoted couple who have chosen not to share their happy news publicly. Instead, Behroze Sabzwari does so on a television programme. They then showed up to Jeeto Pakistan, where Sadaf was visibly expecting her first child. Shahroze already has a daughter from his previous marriage to Syra Yousaf, even though this is Sadaf’s first child.

Famous Tiktokers with the largest fan bases on their accounts include Kanwal Aftab and Zulqarnain Sikandar. The pair will soon become parents after getting married this year in a grandiose ceremony.

They left for their vacation outside Pakistan and learned that it had already received the best gift from Allah Ta’ala. They weren’t prepared for this surprise, but who can predict what will happen next?

A charming couple named Asad and Nimra was married at the age of 18 and went on to finish their education after the wedding. After two years of waiting, they have now shared the most important news of their lives. The entire family is ecstatic with the information and is ready to welcome the new baby angel into their lives.

Sehar Aka and Shaam Idrees (Froggy)

A well-known YouTuber named Shaam Idress has dual citizenship and ties to both Pakistan and Canada. The duo is well-known for the absurd pranks they play on one another and the various vlogs they create. Saam is a loving father to two sweet daughters. One is from his first marriage, while the other is from Sehar, also known as Froggy. Siera, their toddler, is three years old, and this year will see the birth of their third child. They are also eagerly awaiting the due date and are very happy to receive a new baby.

Saba and Maaz Safder
Another well-known TikToker, Maaz Safder, is expecting a child with his devoted wife Saba. They shared their exciting news in a vlog with their family and fans, and they are overjoyed to be welcoming a bundle of joy into their lives. Just by observing a single smile on a child’s face, we can conclude that children are blessings.

All newlywed couples prioritise having children and lovingly raising them, as well as those who already have one or two children. The feeling of being blessed with children cannot be adequately expressed in words.

We hope you like this list of famous people who will become parents this year, and we also wish them health and happiness both during their pregnancy and after.

What do you think—is there still anyone who intends to have children this year? If you notice somebody missing from the list, do let us know. Thanks!